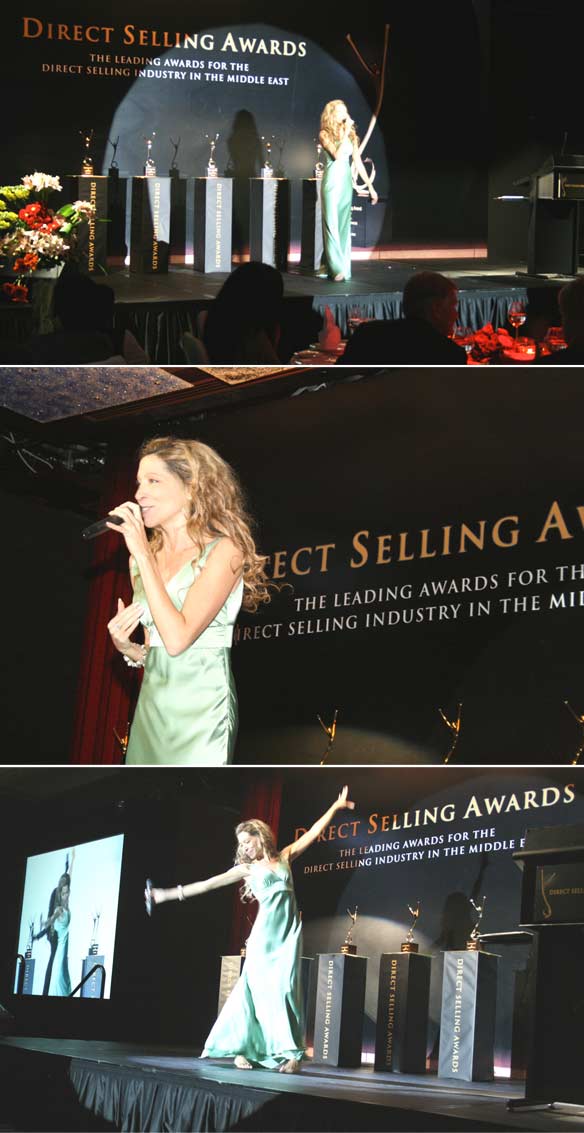 Therése Neaimé returned to Sweden today after an impressive performance in front of an international audience at the Awards Ceremony of the “Direct Selling Festival” in Dubai.

“It feels great to be back on stage after all those intense recording sessions in the studio”, Neaimé concluded after this year’s first live performance in which she gave the audience a taste of what can be expected from her in 2009.

While work on Therése’s second album continues and with the next studio sessions already scheduled, there will be doing more live performances in the coming weeks.