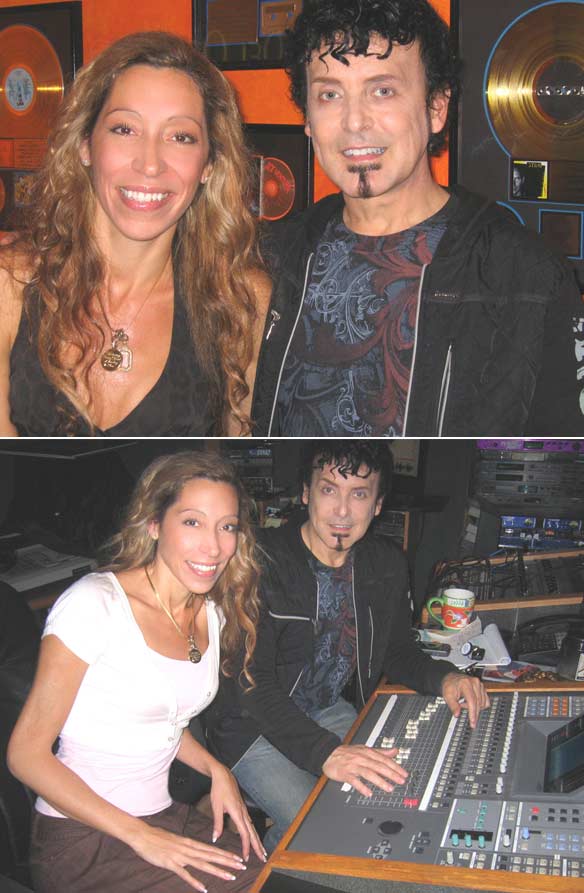 While putting final touches on her soon to be released second album, Therése Neaimé spent most of last week in the recording studio in L.A., working with renowned recording artist and music producer David Longoria.

During her 6-day trip to the west coast, Therése also did some more photo-shoots as well as a live interview for Longoria’s own TV show, “Welcome To The World” which airs weekly on 450 college TV and Radio stations in the U.S. and Canada on the 24K music Network (www.24kmusicnetwork.com).

Neaime’s trip to the U.S. comes amidst intense studio sessions back home in Stockholm as well as working with partners in Germany. Next week, Therése will once again travel to Berlin to work and record with one of Germany’s top production teams.