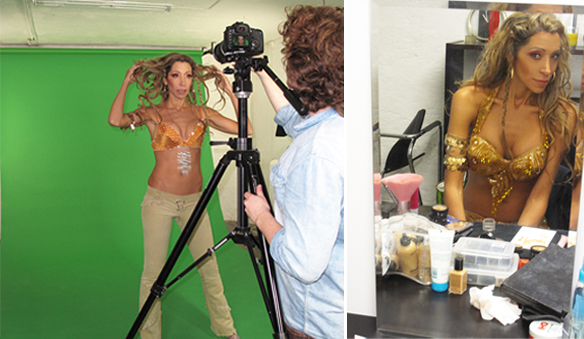 The music video to Therése Neaimé’s new single “LOVERS LULLABY” was filmed at the beginning of the week at Rooster Studios in Stockholm, under the guidance of renowned director Anders Rune.

Expectations are high, following the success of “ALL I THINK ABOUT IS YOU” on MTV and other TV music channels in the Middle East and Germany. “LOVERS LULLABY” will be released this month in Sweden, followed by Germany/Austria/Switzerland and the Middle East.

Therése at the set for her latest music video shoot