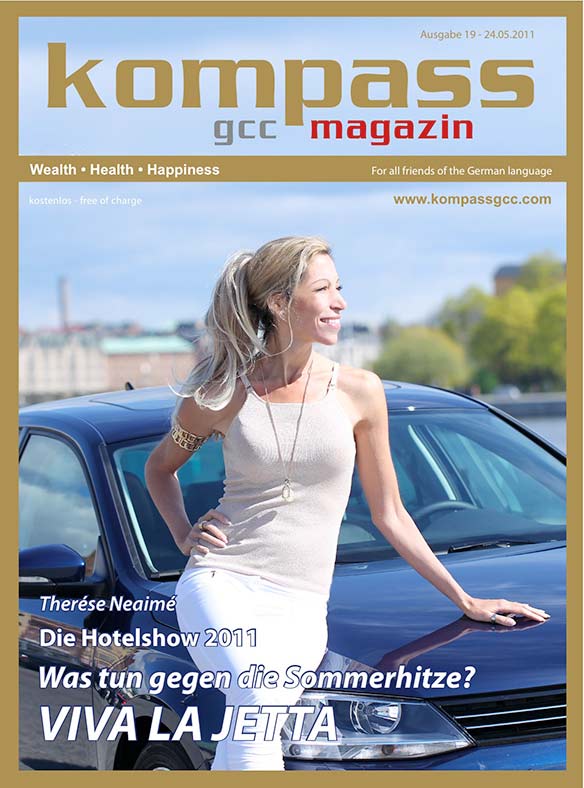 In its latest issue, Dubai-based lifestyle magazine KOMPASS GCC presented a cover-story on Therése Neaimé and her career plans for the Middle East in the near future.

The article also presented Neaimé’s new Media Manager for the region, Silke Wind. The Austrian is a successful business woman who will be taking care of the media and business development side of Therése’s career in the Middle East. “Therése has enormous potential and I am honored to be part of the success story that is being written”, Silke said in a first statement.

A selection of Neaimé’s songs also provided the background for the unveiling of the new Jetta model at the famous Mall of the Emirates in Dubai. Therése is a Brand Ambassador for Volkswagen Middle East.