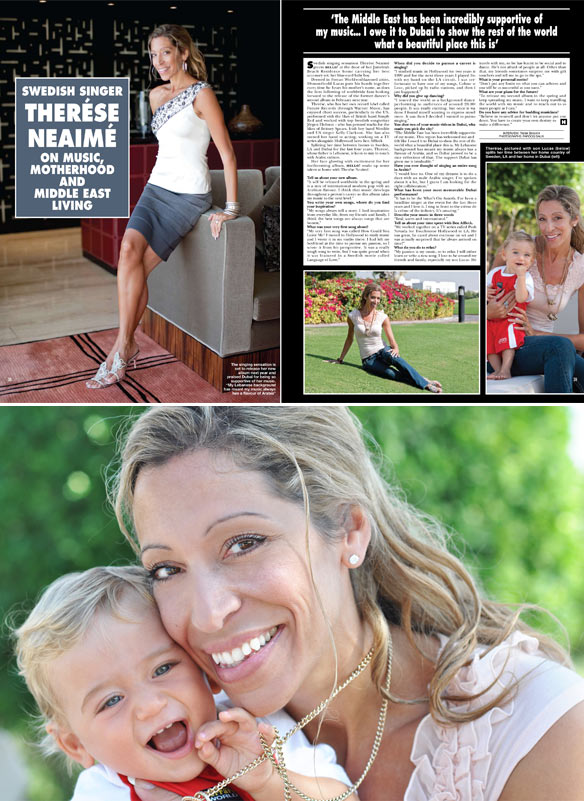 HELLO! Middle East is published weekly and has a circulation of approx. 20,000. It is the region’s leading celebrity and lifestyle magazine.

At the beginning of the week, Therése returned to Sweden, thus ending her three-month stay in the Middle East. “It’s been an exciting time with many life performances, TV and radio appearances and extensive media coverage. The highlights of course were my single release and the airing of the music video of ALL I THINK ABOUT IS YOU on high rotation on MTV Arabia”.

In the coming weeks Neaimé will be putting the final touches to her anxiously awaited second album. Release dates for the new album will be announced early next year

Therése (and Lucas) in HELLO! MAGAZINE