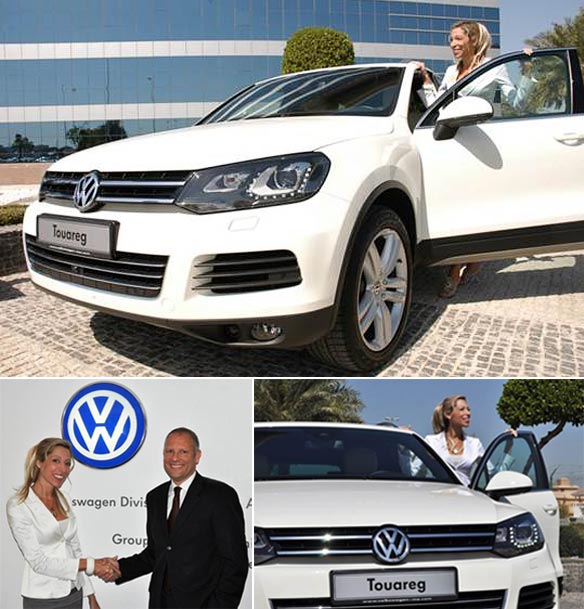 Born in Stockholm, Sweden, to a Lebanese father and a Swedish mother, Neaimé has been performing on stage since the age of six. With two albums and a raft of popular singles, tours with English music legends Simply Red and occasional appearances on screen with Ben Affleck, Neaimé’s work as a brand ambassador for Volkswagen Middle East has also seen her performing live at VIP corporate events and new car launches across the region.

Having additionally been involved with the Dubai International Jazz Festival, last year Neaimé launched her latest album, Stronger, through her own record company Future Records.

Discussing the partnership, she said: “It’s been wonderful to have the support of Volkswagen Middle East, and I’ve greatly enjoyed the events I’ve been a part of. Having my CDs in the cars at the launch of the new Jetta and performing live at the venue was wonderful, so I’m looking forward to more exciting opportunities working with the company in the coming months.”

Stefan Mecha, Managing Director of Volkswagen Middle East, commented: “We’re absolutely delighted to be continuing our partnership with Therése. Her performances at our VIP events and new model launches – including the launch of the new Jetta – have been very well received and we feel strongly that her ambition, personality and pursuit of perfection in everything she does make her a natural brand ambassador for Volkswagen Middle East.”

“We’re very much looking forward to working with Therése over the next 12 months,” he added.