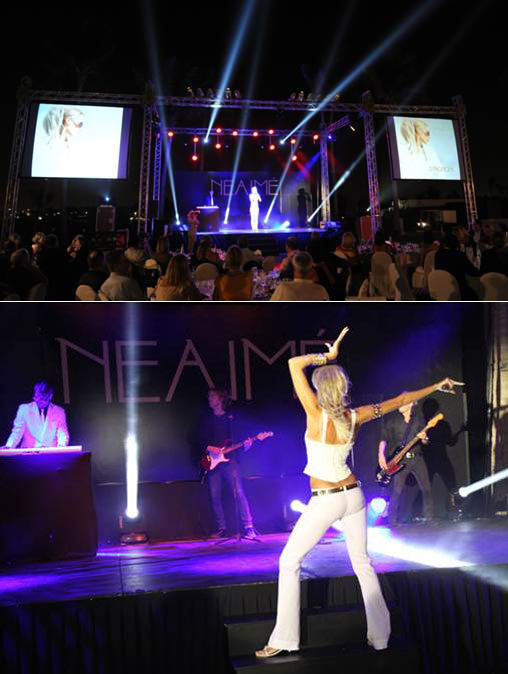 Dubai-based pop-singer Therése Neaimé today released her much-awaited UAE tribute music video for the song “TODAY IS A HOLIDAY” in line with the celebrations for the country’s 40th National Day.

The jubilant English-Arabic pop anthem written and performed by the Swedish-Lebanese singer will show video clips gathered from residents all over the UAE who have shared their fond memories of the country.

“My new song “TODAY IS A HOLIDAY” is a tribute to this great country we all live in – and I wanted as many people to be part of my video as possible”, says Therése. “The video will be released today, for the upcoming National Day and I hope this will be one of the party songs for the 40th anniversary of the UAE.”

Therése and the film production company GTV had launched an online campaign and asked the audience to send in short videos of their very own “UAE moment”. Video entries from all over the nation were gathered and edited into a 3-minute video clip that features memorable UAE moments taken from actual residents – in what Therése herself describes as “moments that makes this country so special.”

“It is the first time the content of a music video will be created by the audience”, says producer Tewe Pannier, the head of GTV film production in Media City. “

The single, “TODAY IS A HOLIDAY” from the artist’s new album “STRONGER”, is currently receiving much airtime on major radio stations in Dubai and the album is gathering good reviews having successfully blended English pop tunes with a unique Arabic flair into one dynamic single, reaching out to both expats and locals in the community.

Sources say a deal with Dubai Tourism office is in the works to adopt it into a theme song.