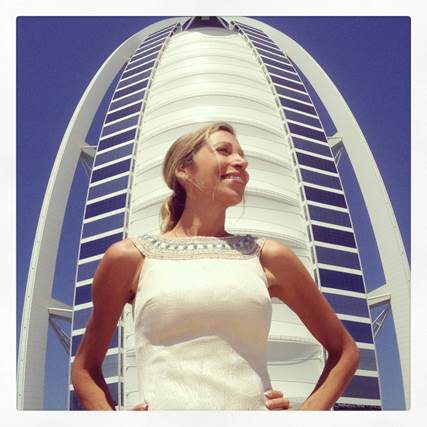 Therése Neaimé’s latest album “SANDSTORM” continues its worldwide outreach and has recently been released in KOREA. In the first days after its release, the album received 4-star ratings by online listeners.

Also in FINLAND, Therése debuted as the 2nd most played track of the week with “Out of Life” which is a fantastic start!

More negotiations are ongoing and Therése’s third album will soon be available in other countries.

This follows the initial release of “SANDSTORM” in Scandinavia by PLAYGROUND MUSIC SCANDINAVIA in February 2013 after Therése had successfully concluded a pledging campaign with PLEDGE MUSIC in her quest to gather support for the production and release of the album.

In the countries where “SANDSTORM” has not yet been released, fans and music lovers can buy the album online at BENGANS RECORD STORE SWEDEN www.bengans.se and have it shipped overseas.

For the past two weeks, Neaimé has been in Dubai for meetings with business partners from the music industry. She intends to build on the continuous success in the Middle East and return for concerts in autumn 2013.