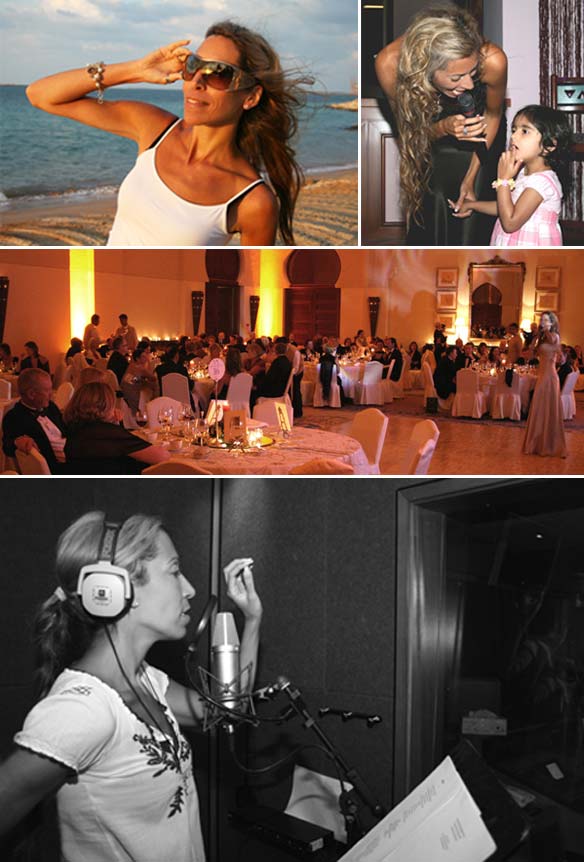 Therése is back in Sweden after ten successful weeks in Dubai and Abu Dhabi!

Besides the daily NEAIMÉ SHOW at the luxurious five-star JEBEL ALI GOLF RESORT AND SPA in Dubai, Therése performed at major events like the NORWEGIAN BUSINESS COUNCIL DINNER, the NORDIC GALA DINNER and the JOTUN PARTY at the WORLD POWERBOAT CHAMPIONSHIPS. One of the highlights of course being the performance for HIS MAJESTY CARL XVI KING OF SWEDEN in Abu Dhabi. See photos below! Neaimé also continued working in the studio in Dubai, recording vocals to some of her new songs. On the final day, the Dubai sun and blue ocean also provided the perfect setting for a photo-shoot for Therése’s upcoming album. Back in Stockholm, she will now focus on finalizing her second album, to be released in spring of 2009.