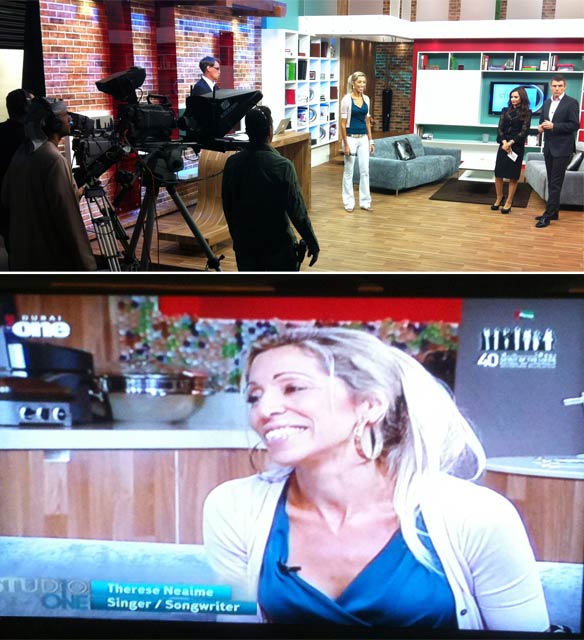 Catch Therése Neaimé later tonight on Dubai One – Studio One at 730PM as she performs her latest hit “Today is a Holiday” on National TV!

The latest single from Swedish-Lebanese Pop sensation Therese Neaimé, off her 2nd album STRONGER, which was recently released in the Middle East. The song “Today is a Holiday” blends English and Arabic, paying homage to the 40th anniversary of the United Arab Emirates, Therese’s current home-base. A music video is currently in the works, where residents of Dubai and the rest of UAE are encouraged to submit their own “holiday” scenes to be part of the video.

Recalling the sound of soulful singers such as Sade, Therése’s songs have been well-received in the Middle East, enjoying airplay in Lebanon, Jordan and the UAE. This has paved the way for more rewarding concerts, shows and high-end endorsements.

Her new album STRONGER is now available in the Middle East via Virgin Megastores.