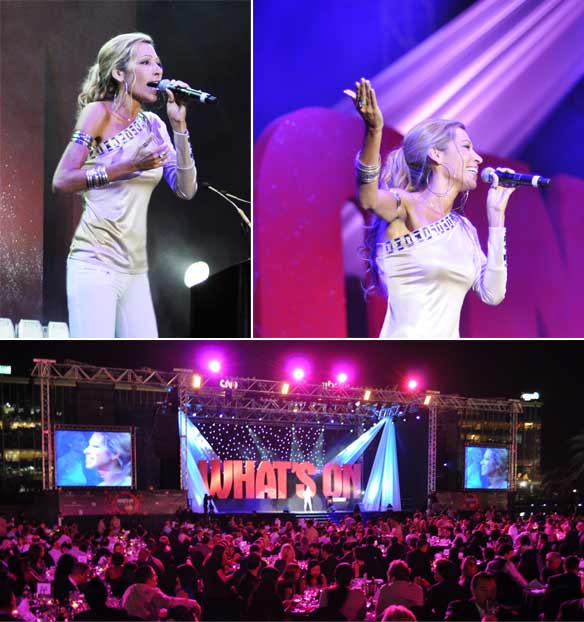 Sunday night saw a stunning performance by Therése Neaimé at the open air gala event in of the ”WHAT’S ON AWARDS 2010” in Media City, Dubai. Neaimé was the featured artist of the evening and presented her newly released single ”ALL I THINK ABOUT IS YOU” as well as ”A KISS FOR EVERY INNOCENCE” and ”I GIVE IN” to an enthusiastic audience of over 1,000 guests. All three songs will be included in Therése’s second album.

”I loved every second of it…”, an overwhelmed Therése Neaimé said after leaving the stage, ”… and I could not have wished for a more appreciative audience!” The What’s On Awards” is the UAE’s most prestigious award show for the hospitality and entertainment industry.

Earlier on Sunday, Therése paid a visit to the MBC studios in Dubai for a live guest appearance at the MBC 1 TV morning show. The show aired live from 12 to 2 p.m. and Neaimé performed four of her songs, accompanied by Fredrik Stromberg on piano.

MBC is the number one satellite TV station in the Middle East, reaching out to around 200 million viewers.