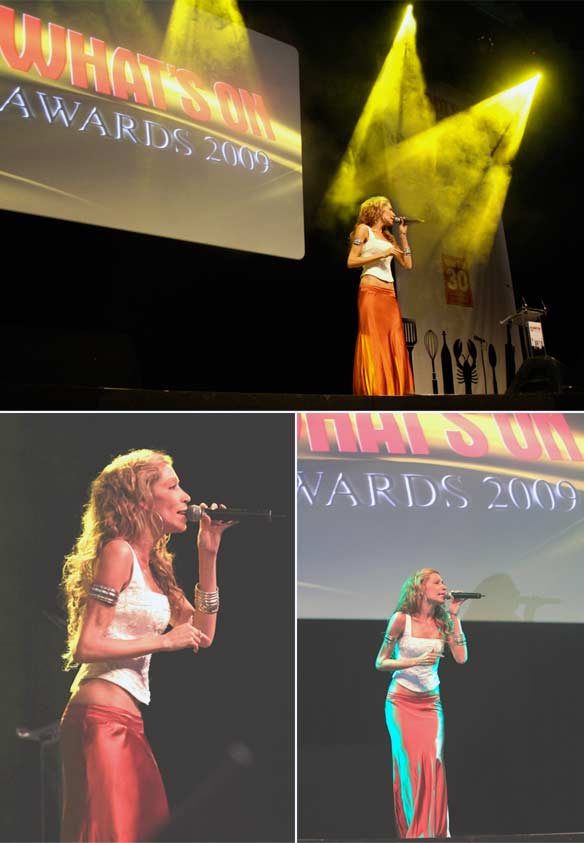 Therése Neaimé celebrated yet another successful week in the United Arab Emirates with performances at the WHAT’S ON AWARDS ceremonies in Abu Dhabi and Dubai on April 13th and 20th.

Being the first artist to perform at Dubai’s new state-of-the-art venue THE PALLADIUM, the Swedish-Lebanese singer-songwriter gave a stunning presentation of her new hit single in front of 1000 guests. Therése’s appearance was followed by other entertainers, among them JERMAINE JACKSON.

Promoting the upcoming release of her new hit single, Therése Neaimé also appeared in radio shows on RADIO 2 and DUBAI EYE and was interviewed by lifestyle magazine HELLO! Despite

her tight schedule, there was still time for photo-shoots at the glamorous five-star beach resort WESTIN DUBAI and locations in the Arabian desert.

Therese and Jermaine Jackson at the ”What’s On Awards”.