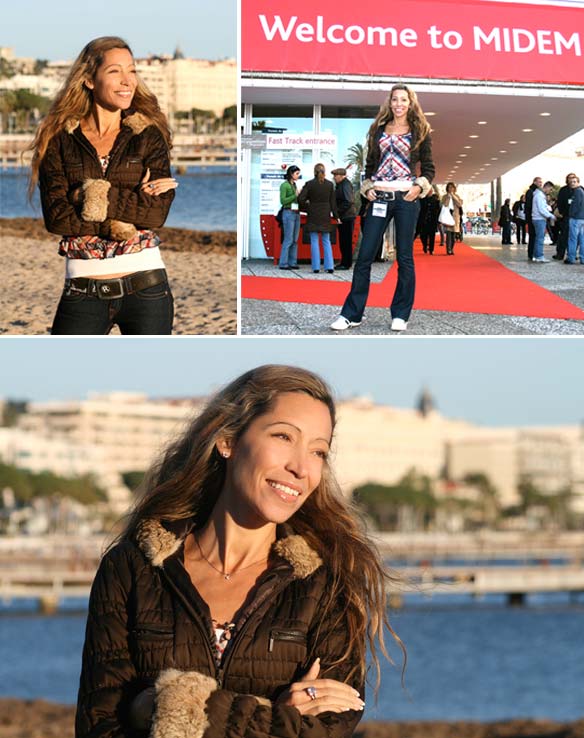 Independent artist and singer-songwriter Therése Neaimé is back in Sweden after participating at MIDEM in Cannes in January. Neaimé returned to Stockholm after four days of meetings, talks and negotiations with potential business partners at the music industry’s largest B-2-B event worldwide.

Therése showcased herself as an independent artist as well as head of her own label, FUTURE RECORDS. She described MIDEM 2009 as “having provided great new business opportunities which showed the enormous interest by key decision makers in my music and the dream I have been living. This comes at a crucial moment while putting final touches on my soon to be released second album.”