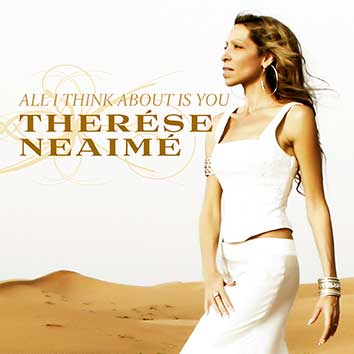 After weeks of intense studio work and finalizing licensing and publishing deals for her upcoming releases, Therése Neaimé will be back on stage again. ”There has been a lot of behind the scenes work these last months, and now I can’t wait to be back on stage”, Neaimé said before heading to the Middle East this week.

In this first in a series of live appearances scheduled for this summer, Therése will be performing at the SWEDISH NATIONAL DAY CELEBRATIONS on Sunday, June 6th, at Yas Island in ABU DHABI.

Earlier this week, the long awaited first single from her upcoming second album was released: ”ALL I THINK ABOUT IS YOU” is now available in ”iTUNES STORE” and ”SPOTIFY” in Scandinavia. This comes as a first result of a worldwide licensing deal signed with WARNER MUSIC at the end of last month.

Negotiations for licensing deals with two other WORLD LEADING RECORD COMPANIES are in the final stages and will cover the Middle East and Gulf Region as well as Germany, Austria and Switzerland, countries which were explicitly excluded by Therése in the WARNER MUSIC deal.